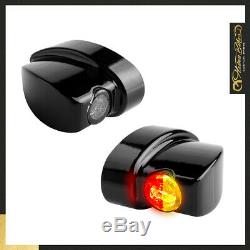 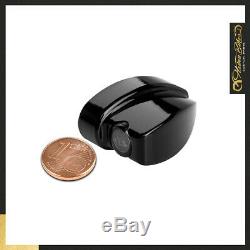 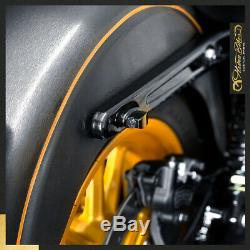 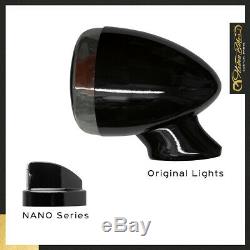 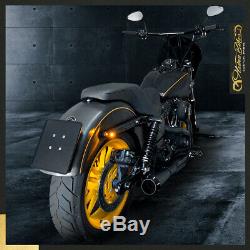 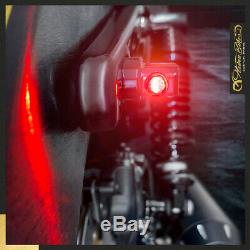 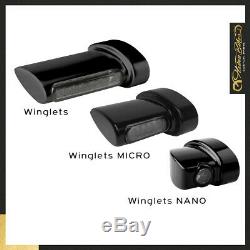 Heinzbikes nano series winglets 3in1 flashing LED harley softail breakout. This product page has been automatically translated. If you have questions, feel free to contact us.

Few visible at the rear, they leave large original indicators and possibly disappearing taillights and convincing when used with a furious light and a laser-like brightness. In addition to high performance LED past, there is a system of lenses and reflectors fully developed, so these tiny flashing have an extremely bright light. Advanced lighting technology in a minimum size which is smaller than a penny.

Housing precisely manufactured from high-quality aluminum available in black or chrome. During the development of indicators, special attention was paid to the oval shape of the cutting struts fender Harley-Davidson, so that it can be mounted without adapter plates.

All electronic components of the nano series are integrated into the flashing and can be used on the can bus models directly on the network 12 volts. The following models require a transmitter flashing frequency: until 2010 Softail, Dyna until 2011 sportster until 2013, all VRSC models.

The smaller indicators and brightest we've ever produced. Laser equally brilliant and smaller than a dime. Installation without adapter plate on the fender oem. Direct connection to 12V for models can bus without resistance. Housing made of high quality aluminum, CNC machined.

Units luminaires with e marking and conform to tüv. Price per pair, right and left turn signals. The seller is \This item can be shipped to the following countries: america, europe, australia.